A prominent member of the Peoples Democratic Party, PDP, in Kwara State, Engr Musa Ayinla Yeketi has been suspended for alleged anti-party activities.

A statement by the ward Chairman and the Secretary, Malam Salaudeen Babatunde and Salman Abdulkadir, respectively, announced the suspension of the party stalwart in Ilorin on Saturday.

“This is to inform the members of the PDP and the general public that the Alapa/Onire/Ode Giwa ward executive members of the PDP have suspended Engr Musa Ayinla Yeketi from the PDP, effective from Thursday 17th of March, 2022, in accordance with Section 57(3) of the party’s 2017 constitution as amended7,” the statement read.

Although no explanation was given, DAILY POST gathered that the PDP chieftain, who served in various capacities in the last PDP administrations for 16 years, had been fingered for romancing with the APC and was planning to defect to the ruling party in the State.

There was rumour that he would defect to the ruling APC at the weekend, but the action was put on hold for undisclosed reasons.

Efforts to reach Engr Yeketi proved difficult but sources within the PDP confirmed the development.

The State chairman of PDP, Alhaji Babatunde Mohammed confirmed the development, saying he was aware of the suspension of the party stalwart.

He said, “I am aware of the suspension, but yet to receive a letter to that effect from his ward.”

Speaking to DAILY POST on phone, Saturday night, the Chairman said “a disciplinary committee invited Engr Yeketi to appear before it, but he refused to honour the invitation.”

He said ” I am still waiting for the official letter of his suspension from his ward for the next action on the matter.’

The development is coming few hours after the former Senate President, Dr Bukola Saraki met with aspirants of the party for the 2023 general elections at his residence in GRA Ilorin at the weekend.

At the meeting, Dr Saraki admonished the aspirants to work as members of the same family in the bid to rescue the state from the ruling APC government. 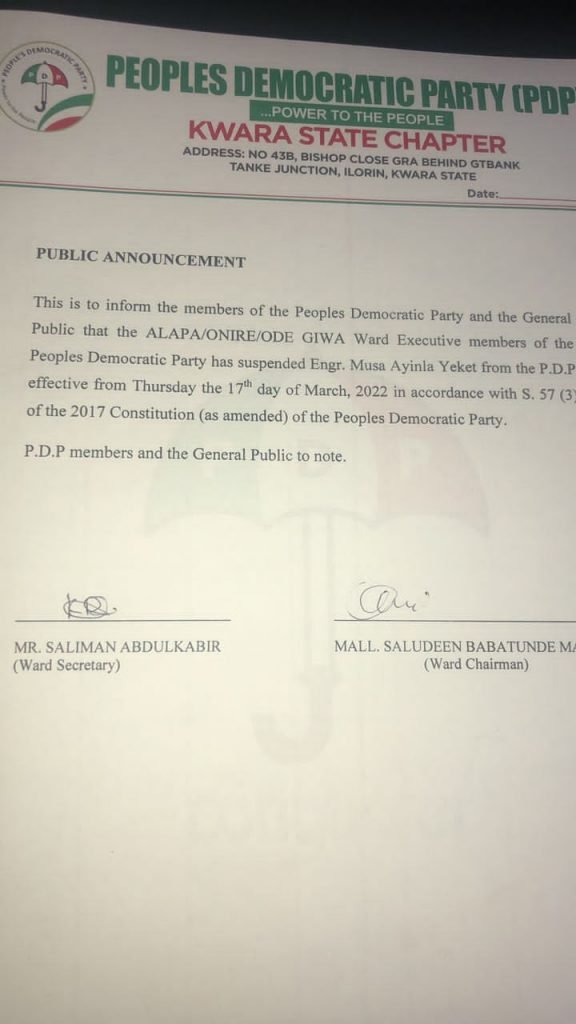 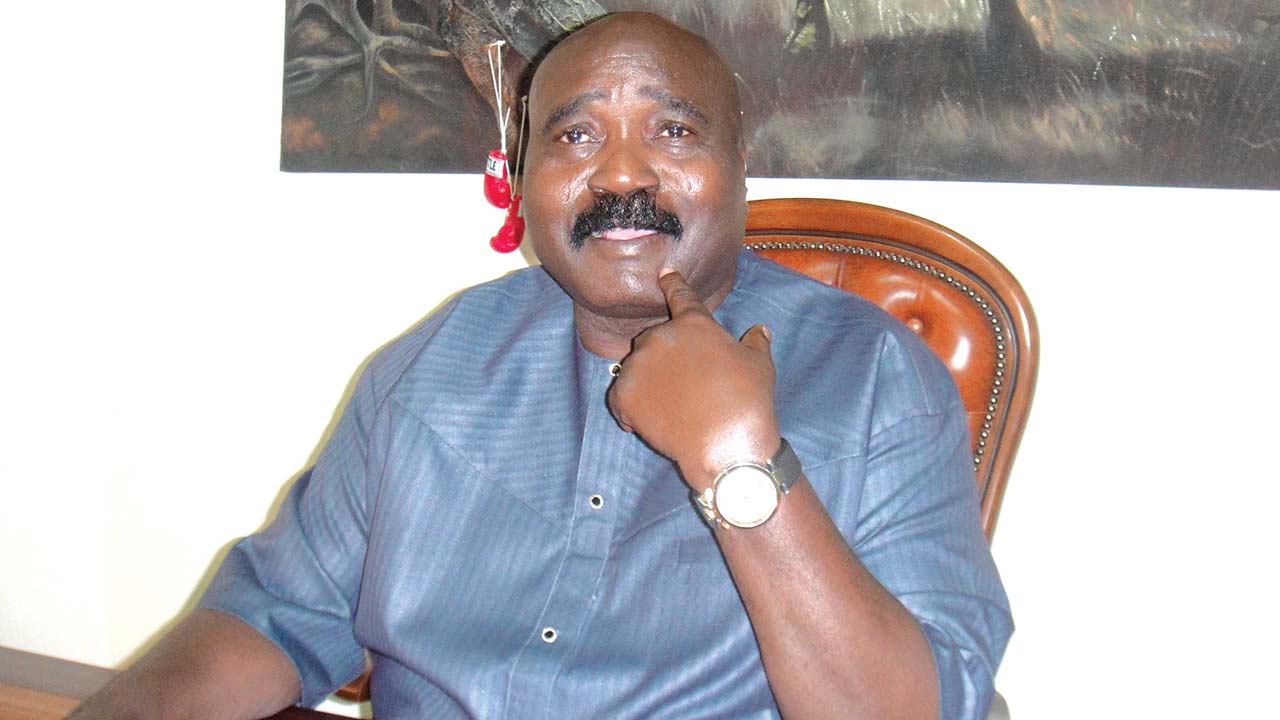 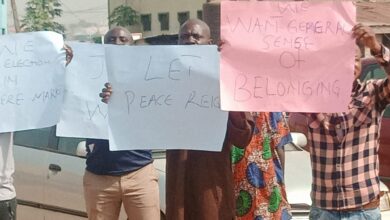 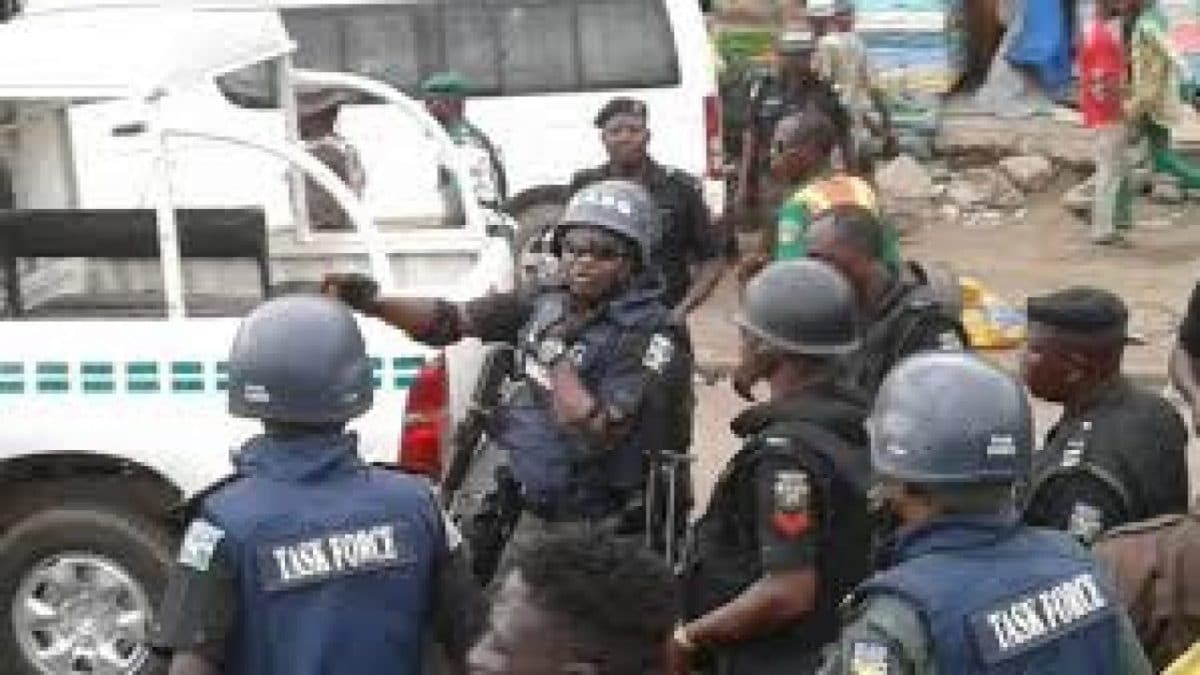 Taskforce reacts to alleged shooting of banker in Lagos 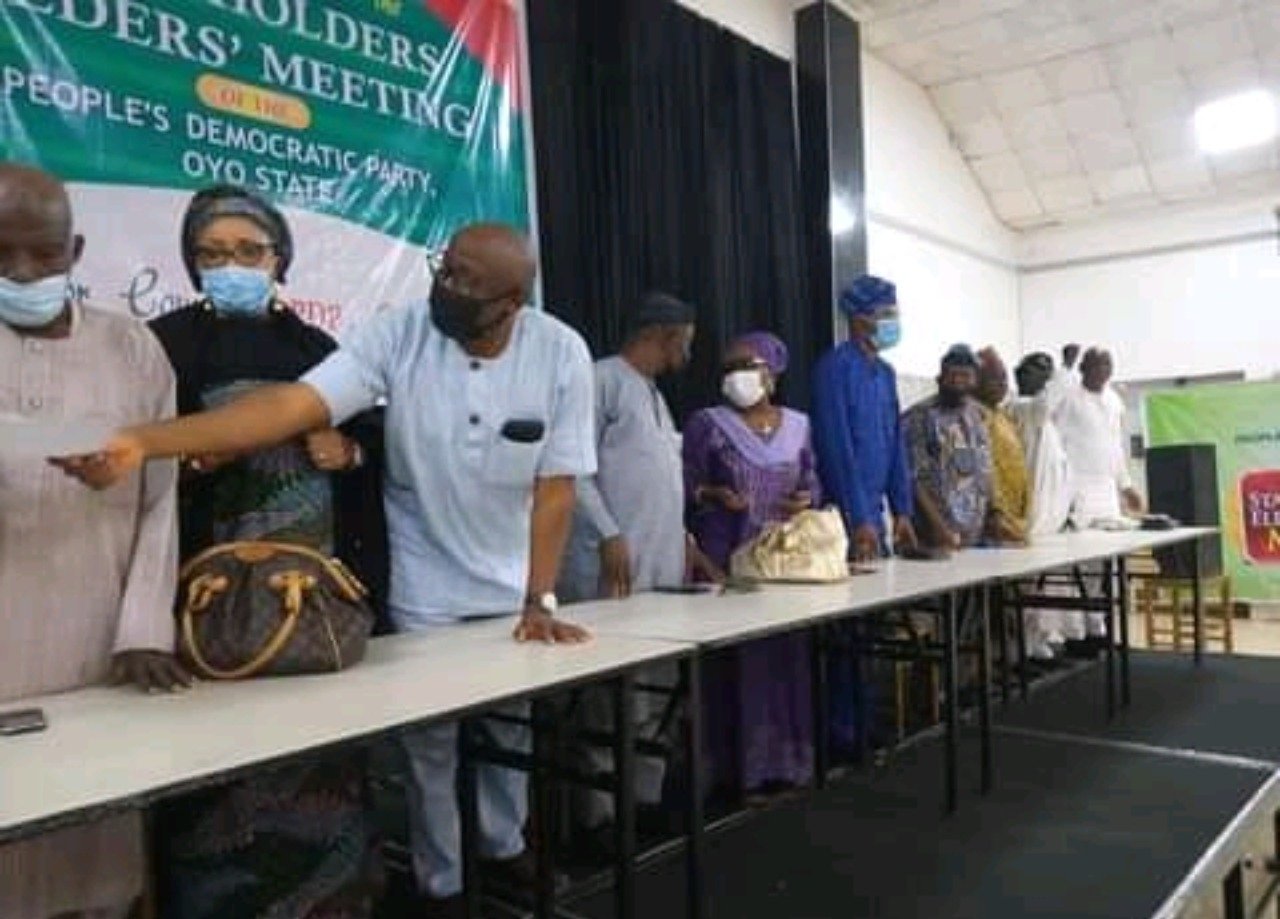