Among the foreign fighters heading to Ukraine to fight against Russia are dissidents from Belarus living in exile.

They see the war as a battle both against Vladimir Putin’s forces but also against the regime of the Belarusian President Alexandr Lukashenko, which has heavily backed Moscow.

The BBC met Pavel Kulazhanka, who left his life in New York to join the fight.

EPL: You shouldn’t have signed him – Ian Wright slams Man United over Sancho

EPL: You shouldn’t have signed him – Ian Wright slams Man United over Sancho 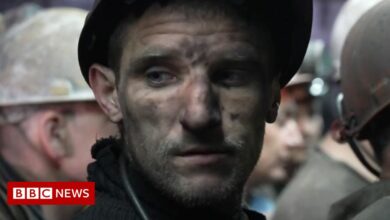 Ukraine war: Against the thud of artillery, miners struggle on