Rescue workers in Iran say that dozens of people are still trapped in the rubble of a 10-storey building that collapsed in the south-west city of Abadan. State media has reported six deaths so far, with over 20 injured.

Rescue teams have pulled survivors from the rubble according to the Iranian Red Crescent, and footage from the scene shows that concrete floors and steel beams had fallen on to the street below, crushing several cars.

Iranian officials are investigating the cause of the collapse.

Why IS involvement is exaggerated

Why IS involvement is exaggerated 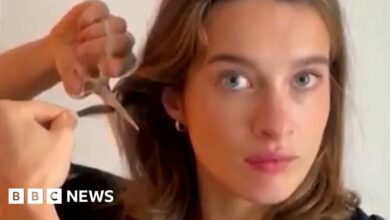 Iran protests: Women around the world cut their hair